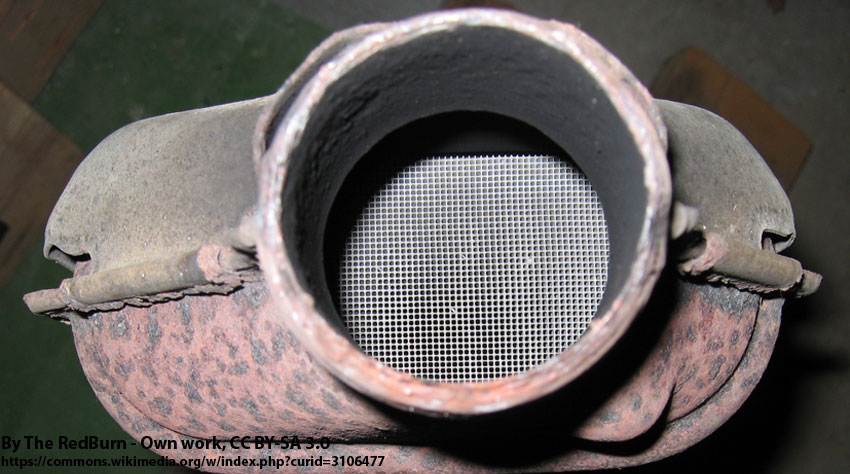 In Rancho Cordova, and Sacramento as well, catalytic converters are stolen on an almost daily basis. Most of these converters are taken at night by thieves who slide under a car or truck and just chop off both ends. The operation only takes only a few minutes. Often the thieves are after valuable metals including platinum, palladium and rhodium, but sometimes the converters are sold intact on the black market as replacements for others that have been stolen.

Catalytic converters are stolen from cars and trucks parked on the street and even in driveways. Rental companies like U-Haul are also frequent victims. For the thieves it's a way to get a lot of cash for a few hours of work at night.

If your catalytic converter has been stolen, contact us right away and we'll order a replacement and install it ASAP! For the average car or truck owner it's a massive inconvenience to be without the vehicle for even a few days, but the cost of replacement should be covered by insurance. If it's a vehicle used for business or a work truck, the problem is compounded. The loss of income and expense of renting a temporary replacement can be a major burden.

We can quickly identify exactly which unit you need and order a replacement. We ONLY use new, OEM parts and never a converter of dubious origin. We provide expert installation and can also install a protective cage to discourage future theft attempts.

Call your insurance company and then call us. We'll have you back on the road as soon as possible.